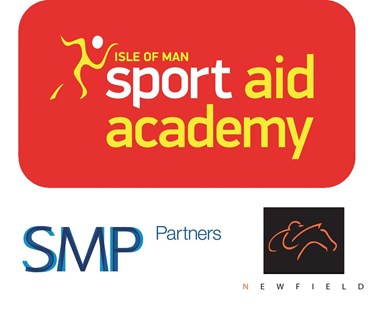 The Isle of Man Sport Aid Academy has completed its first term and the young athletes are taking a winter break before the sessions recommence on Friday, 10th January.

In its fifth year, the Sport Aid Academy has seen 82 young people sign up for the programme in 2019 after being nominated by local sporting governing bodies and their secondary schools. So far, there have been six workshops and one physical testing session since the programme’s launch at the end of September.

Attendance has been very promising, with an average of over 60 young people and their parents at each session. For the first time, the Academy has created ‘tutor groups’ so that the young athletes are able to work with the same group of other athletes and facilitators at each event.

Workshop themes have included ‘Understanding the Steps Towards Excellence’, ‘The Teenage Brain’, and ‘Planning for Performance’. Paul Jones, Isle of Man Sport Athlete Development Adviser, has led each session, supported by the team of facilitators which includes a number of former international athletes to guide and encourage the young participants.

There have also been special guests including professional cyclists Sam Brand, Anna Christian, and Mark Christian, as well as local athletes Erika Kelly, Ollie Lockley, and Catherine Reid; all of whom have been very generous in sharing their time, experiences, and valuable insights with the young athletes.

There will be four more events through to the end of the April, after which the Academy will close over the summer break before reopening in autumn for the second year. The themes for the remainder of the programme include Diet and Nutrition, Rest and Recovery, and an Introduction to Sports Psychology. The young athletes will then develop these themes and learn about them in greater detail in their second year with the Academy.

‘One of the main things we have tried to do with the Academy is to create a safe and mutually beneficial environment where we can all share information and learn from one another. This includes not just the young athletes and the facilitators, but also the parents and the special guests who can provide very valuable insights into maintaining a career in sport.

‘We want the young people to see what a great place that the Isle of Man is to grow up and play their sport. Hopefully having the opportunity to meet with some of those who are out there and competing at a high level is inspiring them to want to try and do the same, as well as providing key insights into the tools and requirements they need to do so.’

‘It is very rewarding to see the young athletes grow in confidence and skill as they progress through the Academy workshops. The Sport Aid Academy is a hugely positive influence on the participants, and it has been great to see their clear commitment and enthusiasm over the first term.

The Academy is undoubtedly an invaluable source of inspiration, motivation, and awareness for the young athletes, as well as for parents and coaches who support them. At Newfield, we are incredibly proud to support this initiative and we look forward to another year of inspiring the Island’s up and coming athletes.’

‘The Academy is allowing young people to gain an understanding of the journey to becoming a successful sportsperson and to build a foundation of skills and knowledge that will help them in all areas of their lives.

‘We are proud to support the Academy and facilitate this important programme for our Island’s young athletes. We are delighted to hear that the sessions have been well-attended, and the young athletes are engaging with them. We look forward to seeing how the participants progress when the Academy resumes in the new year and to see what 2020 has to bring for the Island’s sporting stars.’

The Isle of Man Sport Aid Academy is sponsored by the SMP Group and Newfield, both committed supporters of local sport and ambition within the community.